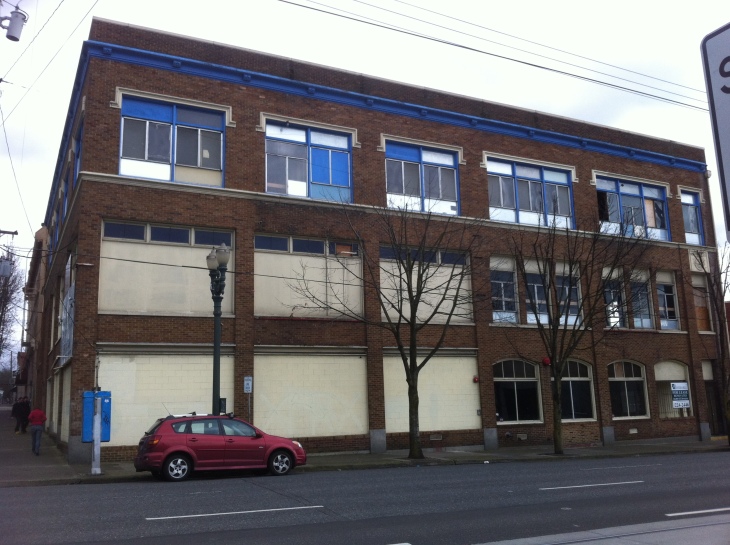 I’ve driven past the building so many times over the years and it’s so a part of the urban landscape of the Grand/MLK Blvd. fabric that I almost knew where it was by memory alone (“the Salvation Army logo on the brick building by that one office supply store and the indoor soccer place?”). Usually – mostly – MLK/Grand is sadly used as a driving route to get to and from downtown. It was a nice to be able to slow down and do some walking before the tour and check out the neighborhood, recently dubbed Produce Row by the city. And walking – running- across MLK to the Salvation Army building was an adventure.

I showed up a bit early and checked in and walked around the space a bit. Immediately noticeable was that funky smell of abandoned building – which brought back memories of illegal activities and secret hideouts, way back before I knew what the word “preservation” and “retrofit” meant. Attendees started to gather and were milling about on the first floor, some snapping photos and others chatting.

Impressive beams and other structural feats aside, the building has an interesting story, as does the Salvation Army. The crowd gathered around displays while Morgen Young from Alder told the tale of the Salvation Army and its auspicious beginnings in Portland (members had rotten fruit and vegetables thrown at them for displaying signs) and its history dating back to England.

Next up was Venerable Properties who explained the history of the building and how it’s being retrofitted. The building itself is actually two buildings. The south half was constructed in 1893 and was then expanded and remodeled in 1930 by architect Frederick Manson White, giving it the uniform appearance it has today. 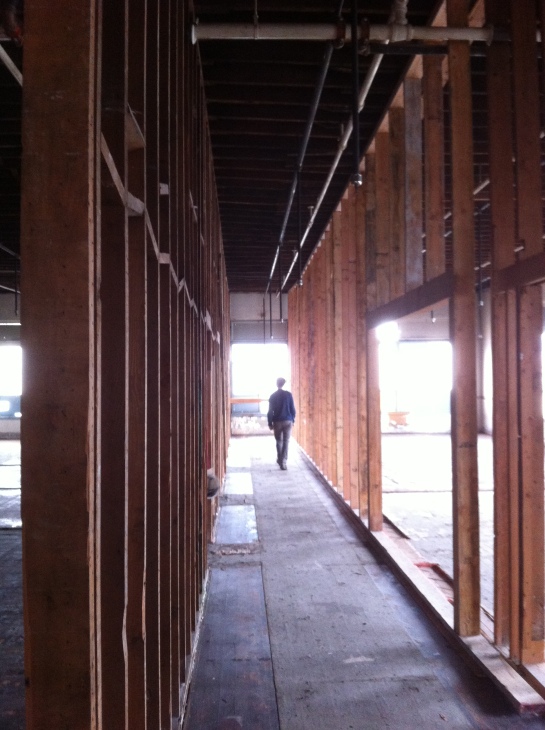 While the 1893 building first had a hay-and-feed use, it was later owned and used by the Salvation Army as their Industrial Home in 1913. Industrial Homes were more common in major American cities during this time as the Salvation Army was growing and spreading their mission to help the poor. The purpose of the Home was to provide work and shelter for homeless, unemployed men. They would collect, sort and resell recyclable items such as rags and paper and collect, repair and sell second-hand merchandise such as clothes, shoes, furniture and household items.

Venerable says once the rehab is complete, the first floor multi-tenant retail spaces will have restored storefronts, high ceilings and exposed structure. The upper floors will have high ceilings, original timber construction and operable windows with downtown views. The building will be brought up to code with a seismic upgrade, all new HVAC and mechanical systems, elevator, and parking lot upgrades. 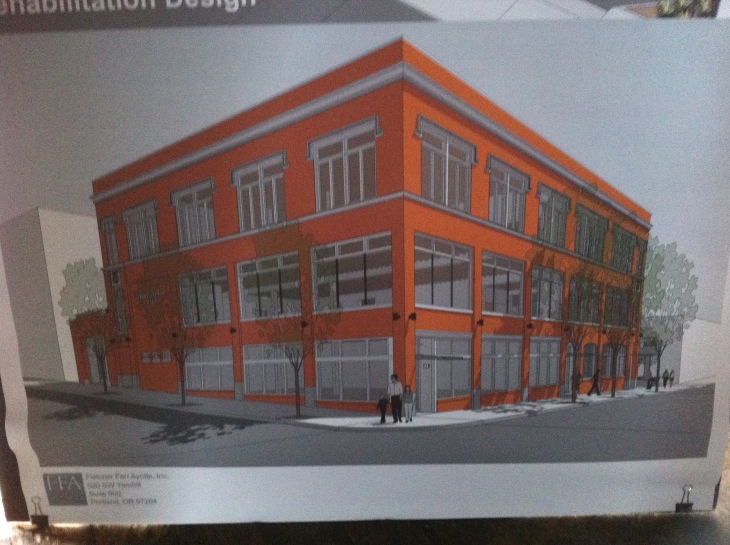 The rehabilitation is by the same team that resurrected the White Stag Block, including Venerable Development, Fletcher Farr Ayotte Architects, and Bremik Construction.

If the AHC hosts another hard hat tour, I’ll be there. Great way to see history up close, nerd out on architecture, chat with the architects and learn more about re-using Portland’s many amazing older buildings, not tearing them down.