I’ve written about my killer score of finding Portland’s underground newspaper, The Scribe. Here are some photos scanned from the October 12-23, 1972 issue about an anti-war, anti-Nixon, pro-McGovern protest. The turnout wasn’t as high as organizers had wanted or planned. There was a reference to a violent demonstration in May that might have kept some of the protesters away.

“We passed by a beauty school where all the young coiffed beauties’ heads and faces stared curiously down at us. We could smell the hair spray and other gunk down in the streets.” 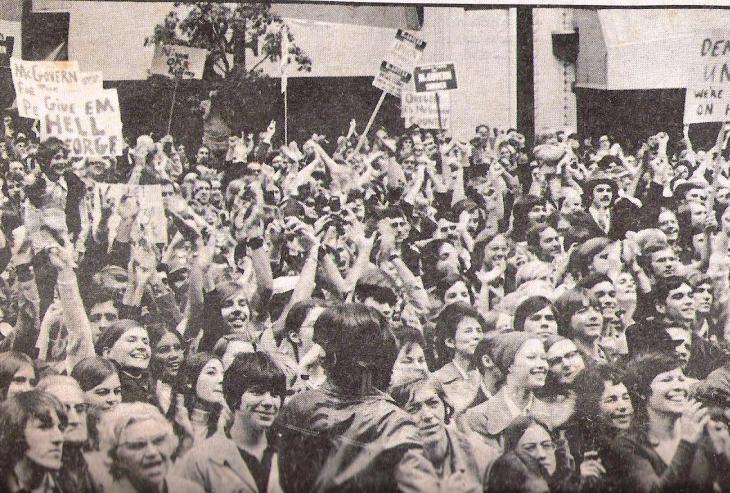 The crowd was about a block long, with comfortable spaces between people, who walked along easily long, flashing, I’m sure, in and out from the squads of silly police standing or cycling around.

Boilmakers for McGovern. No clue, here. Anyone? 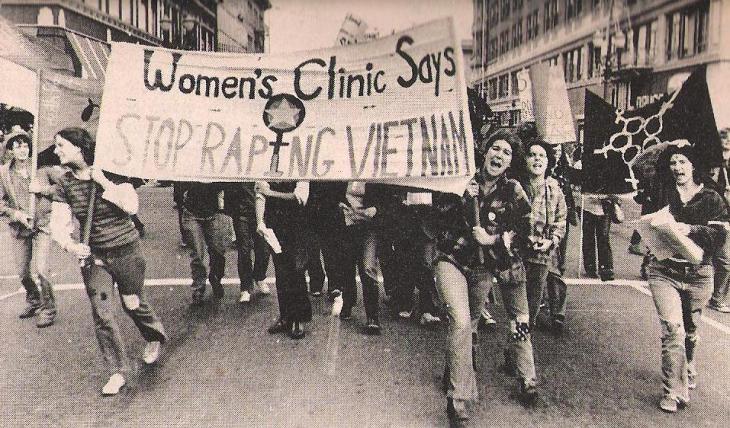 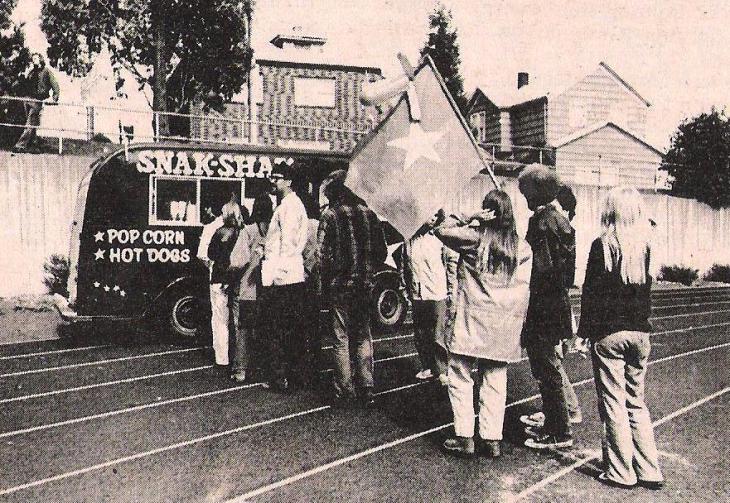 Where do starving Portland protesters go after protesting? Food carts, of course!