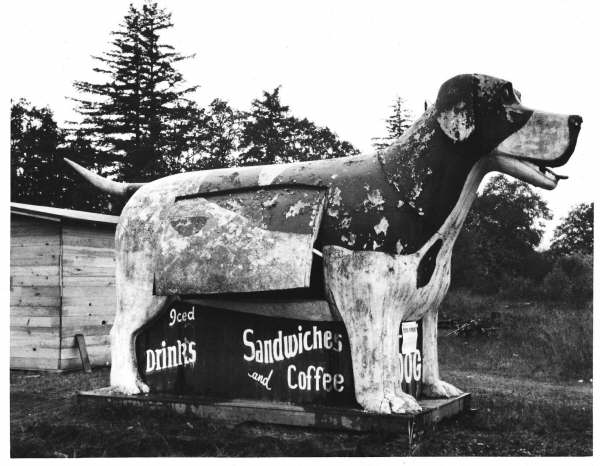 Larry and Jennifer from Travel Lane County passed on an email to Lost Oregon that they received from someone looking for more information about a wonderful dog stand photo they recently found. Here’s what we know:

Anyone have any idea on this?

The Vintage Roadside gang just made a Highway 99 pilgrimage last month – any sightings?